Three vernacular buildings provided the context for many of Philip Johnson and David Whitney’s daily activities, and highlight their shared interest in preservation. Each structure represents conscious design decisions and renovations that integrated them into the site.

Popestead
Purchased in 1957 by Philip Johnson
ca. 1920
Popestead, originally a barn, was converted into a house around 1920 and remodeled in 1996.

Calluna Farms
Purchased in 1981 by Philip Johnson for David Whitney
Constructed in 1905. Renovated in 1985-86.
Calluna, named for the scientific genus for common heather, was David Whitney’s home. The Succulent Garden in the front yard of Calluna was designed in 1989 by Whitney. The design was influenced by Suprematist Composition (1916) by Kasimir Malevich, a drawing acquired by Whitney in 1989. The base of the garden was constructed with the same pink granite used in Johnson’s AT&T Building (1984).

Grainger
Purchased in 1990 by David Whitney
ca. 1783
Grainger was often used as a hot weather retreat, as the building has both air conditioning and a television. The house, previously referred to by the New Canaan Historical Society as the Finch-Pearl House, “can be classified as a central-chimney house, probably early eighteenth century.” Additions were constructed on the rear of the house to increase its size over the course of the nineteenth and twentieth centuries. David Whitney removed all additions in the early 1990s, returning the house to its original, colonial-era state. Whitney added a Peony Garden to the site in the 1991. It contains 10 tree peonies, 41 peonies, and 25 irises. During his life, Whitney was the only person permitted to work in the Peony and Succulent Gardens. In the garden, Whitney placed the sculpture Nature Amassment #4 by Alessandro Twombly. Whitney also commissioned a window etching by Michael Heizer in 1993, it was installed on the rear wall of the Grainger. The distinctive black paint color on the exterior was selected by colorists Donald Kaufman and Taffy Dahl in 2000. 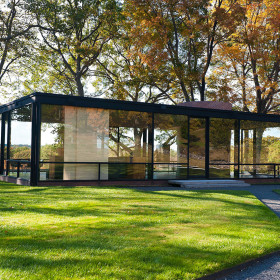 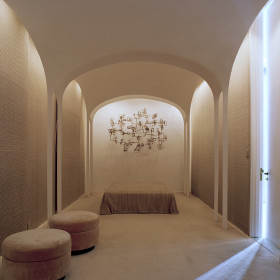 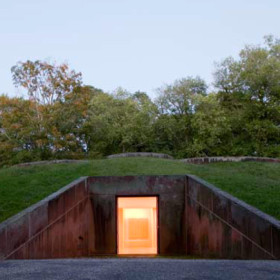 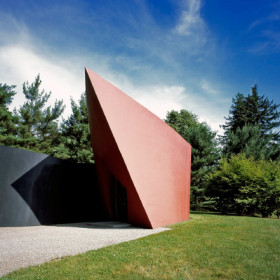 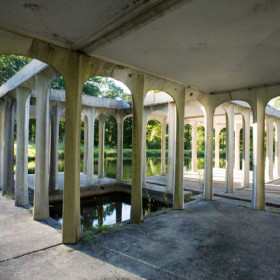 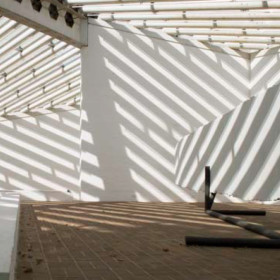 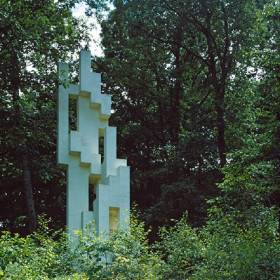 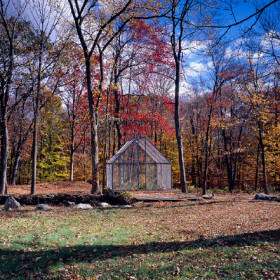 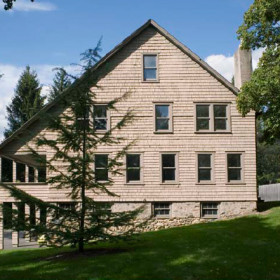 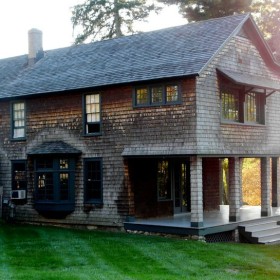